Why Growing Housing Unaffordability and Homelessness?

July 25, 2018
All three levels of government have contributed to these growing problems. 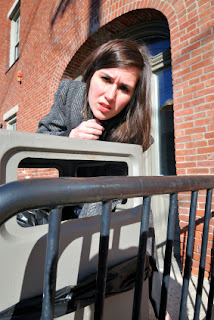 
Most likely the number one reason for rapidly increasing house and condo prices is due to the financialisation of housing. Which means? Treating the house as a capital investment rather than a place of residence. Housing investments encourage speculative buying and selling (getting most of your return from capital growth), rather than long-term investing (get most of your return from rental income). Increasing numbers of homes sit empty. They are worth more that way. Thus housing markets fail in their primary social function of supplying secure housing.

According to the Globe and Mail, global residential real estate is now valued at $163-trillion (U.S.), more than twice the world's total GDP. In Canada in 2016, real estate represented the third-largest segment of our economy but accounted for half the country's GDP growth.

As a direct consequence of shifting homes from being valued as a place to live and raise a family to now being viewed also as a place to park and grow capital puts the interests of investors ahead of human needs. Hence the rising housing crisis, and the primary reason why more people cannot afford to own or rent a home.