Letter to Nanaimo City Council re: decision to not fund the NRE 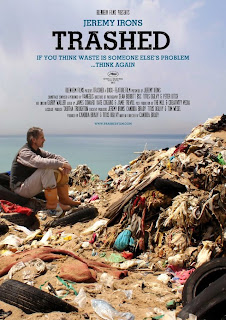 Exchange’s new facility. I understand that your legal counsel advised you that you cannot donate money to a non-profit entity that is competing with for-profit companies, and that if you could donate it would require a plebiscite. I can fully appreciate your desire to save the taxpayer’s money. You wish to be both responsible and legal. This is good and right.

What I wish to now bring to your attention are the premises (assumptions) that appear to have led to your decision. I believe these premises have no basis in fact; hence (if I am correct) your decision is not the result of legal counsel nor is it the most responsible one. I will outline what I believe are your incorrect premises here and provide more detail later on. I appreciate that you are given a lot of reading to do.
Premise #1: The other recyclers are accomplishing what the NRE had been doing.
Even if they knew how to handle the hard-to-recycle materials and were as committed to being the kind of stewards the NRE was they do not have a re-store on any of their sites. They are called depots. The NRE was called an exchange. They are not the same thing. They have not inspired us as has the NRE. They are not accountable to the public as was the NRE. They are not a true one-stop centre as was the NRE. They are not the same thing.
Premise #2 The for-profit depot’s are altruistic, seeking to “serve” the public.
I admire how slick their PR campaign has been. Some real money was put into this, and by someone who knew what they were doing. They did what they could to prevent the NRE to become a Zero Waste Centre and then acted as though they were our saviour when the NRE (after years of warning us) finally closed. Not only are they now very happy to see their profits increase they are now also asking the RDN for the funds promised to the NRE. But without any guarantees or track record in dealing with the hard-to-recycle materials. Sadly Council swallowed their Cool-Aid.
Premise #3 Not funding the NRE will save the taxpayers “more than $6 million.”
Yep, as long as you are okay with having our landfill fill up more quickly, costing us far more to build an incinerator. Some savings! I have already told you that the Nanaimo Recycling Depot and the later NRE both helped us to stave off having an incinerator built in Nanaimo. I can also tell you that the incinerator lobbyists are very pleased with your decision. Perhaps you have forgotten that incinerators cost four times that of dumps or recycling. Oh, except that you have believed the generalised promises of the consortium, the companies who are not accountable to the public. More Cool-Aid.
Premise #4 Funding this non-profit is no different than is funding other non-profits.
What other non-profit did such an amazing job helping our region manage solid wastes? Encorp only supports companies that can turn a profit and do not handle nearly as many materials as did the NRE, nor do they have re-stores attached to them. No other non-profit does anything close to what the NRE did. No other non-profit was featured so prominently on the city’s website. Essentially the City of Nanaimo and the NRE had a long-standing relationship that greatly benefited the City and the Region. Please name another non-profit that was so helpful to us all in regards to solid waste management.
Hence I believe the justification for denying the NRE’s funding is faulty. I want to end, though, by noting a human characteristic that is especially problematic in marriages. If one spouse does most of the pursuing in the marriage that marriage will be in trouble. What’s the point here? Because, very sadly, the NRE did all of the pursuing. The City and the RDN essentially failed to appreciate the gift the NRE was, and could be, to our community. Contrast this to the City of Vancouver’s shiny new Zero Waste Centre. The city paid for this less comprehensive centre, despite the existence of many for-profit recyclers. Now imagine if the City of Nanaimo and the RDN were to approach the lowest cost operator on Vancouver Island, called the NRE, and said “we will build the facility and you operate it.” If these governments had pursued the NRE, rather than the other way around, and each had appreciated the other, then we could have had a Zero Waste centre that outshone Vancouver’s.
But, wait, this could still happen! The NRE owns a rare centrally located ideally zoned property. The NRE has gone through considerable expense in drawing up a world-class Zero Waste Centre. The city could take over both at a savings. Perhaps you could be inspired by how Nanaimo was once western Canada’s leader in zero waste. You could put Nanaimo back on the map! Unlike the PR-driven promises of the consortium we know that this is doable!
I agree: you need to be both legal and responsible. I believe you have justified your decision, not proven yourselves to be responsible (fiscally or socially). But you could be visionary, responsible and responsive to the wishes of the community, to get serious about the city’s goal for authentic Zero Waste –reusing, repairing, repurposing and, yes, recycling then you will add roughly $10/year to our taxes and build this Centre. The NRE has stopped pursuing the City. Now it is your turn to approach it. Very soon.
Sincerely,