Showing posts with the label wireless
Show all

My Position on Smart Meters 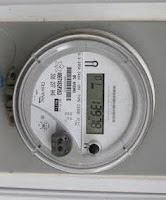 A few organisers who oppose B.C.’s smart meters have been making false statements about me and what I believe about the meters. So that the public might be aware of what truly is my position, rather than trust the gossip circulating, this is what I actually believe about these meters. The wireless meters that have been installed on most of our homes and buildings have certain advantages as well as possible dangers. While it has been many years since I graduated from B.C.I.T. my speciality was in electronic telecommunications. For the amount of money BC Hydro spent on the meters they should have been hard-wired (not wireless). This would have greatly alleviated concerns about privacy and especially EMF (electromagnetic energy). EMF waves are potentially harmful to human and other life-forms. However, there is a great deal of debate presently occurring about what frequencies and what intensities may be harmful. In the meantime the precautionary principal should b
Post a Comment
Read more
More posts