How to Create Good Jobs and a Better Economy 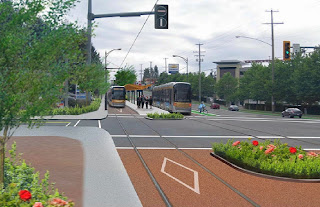 Until later in March of this year (2016) the province is looking for feedback on their plans to reduce Greenhouse Gases (GHG). Of course they can't accomplish this and proceed with their uneconomical and polluting Liquefied Natural Gas plans. But they have other ideas that look promising. Check them out at


You can also leave your comments by following the link provided. Even if you offer only a couple of ideas to them this will accomplish two things: They will know we care about jobs and the environment. They may also learn something new, or realise there is more support for one idea than they had imagined!

For the record here's what I submitted. If you like any of them feel free to plagiarise. Steal away!

1. Shift the priority away from the uneconomical (and GHG emitting) LNG industry to instead support BC's potential in wave, wind, solar and geothermal power production. Encourage smaller-scale power production closer to the major population centres by paying $0.12 cents/kWh. Export our clean power to other jurisdictions so that they can reduce their GHG emissions.

3. Work with municipalities to move away from car-centric transportation infrastructure and toward sustainable means such as cycling, walking, public transit and a reduction in the need for travel (better design).

5. Push municipalities to use the funds provided to them by BC Hydro to invest in sustainable infrastructure such as cycling and walking paths and transit.

7. Cancel the Site C dam (it will emit tonnes of methane carbon for a long time) and replace this project by utilising the already built Columbia River dam (which has already emitted its methane gas), saving us a lot of money.

8. Ban the export of U.S. thermal coal from BC ports (just because it won't be burnt in B.C. doesn't absolve us of responsibility for the resulting CO2 emissions!)

11. Ban the export of our waste out of province to reduce the GHG transportation-related emissions and encourage the waste being re-manufactured closer to its source whenever possible. This reduces the GHG emissions from mining and logging because materials are re-used and re-purposed rather than landfilled or burned. This reduces GHG emissions in three ways and leaves a healthier province for future generations.

12. Increase funding to lower-income households building energy retrofits and advertise the program. Use the carbon tax revenues to pay for the program.

13. Work with the municipalities and BC Transit to create a robust inter-modal system of public transportation, including the use of foot-ferries, thus reducing the need for car travel.

15. Re-engage the LiveSmart BC program and increase the rate allowed to be paid to the energy advisors. Ensure a multi-year funding commitment so as to stabilise the energy-efficiency sector. 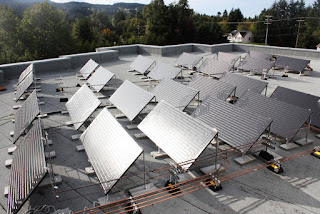 Now is the time to make these and many other changes!
ferries GHG green economy greenhouse gases jobs LiveSmart BC sustainability sustainable transportation waste management